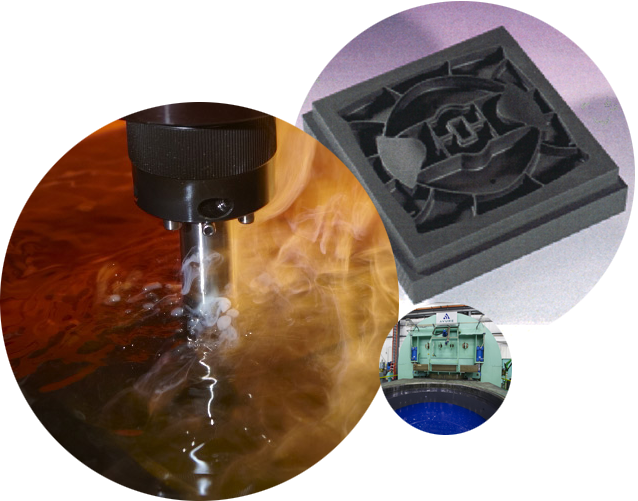 Mersen's European roots began with the Le Carbone Company in France in the 1890s. As noted earlier, the original graphitization patent was actually assigned to Carbone in 1893. Carbone became one of the leading graphite producers in Europe.

Mersen USA's roots begin near the turn of the 20th Century. Its life in North America began in 1906 as the Stackpole Battery Co., later renamed Stackpole Carbon Co. The early products manufactured by Stackpole included dry cell batteries, battery carbons, and electric motor brushes. By the 1960s, Stackpole was manufacturing a very large tonnage of graphite chlorine cell anodes and was beginning development of isostatically molded fine grain graphite materials. Through the 1970s and into the 1980s, Stackpole continued to refine the isomolded graphite process and became a significant player in the fine grain graphite markets including EDM, Continuous Casting of metals, the manufacture of advanced ceramics, the new semiconductor market, and others.

Carbone acquired the Stackpole Carbon Co. in 1991. The acquisition resulted in the synergistic combination of Carbone Europe's unique knowledge of raw materials and an advanced graphitizing process with Stackpole's expertise in mixing, isostatic pressing, and baking, along with their ability to manufacture large size billets. Recognizing these strengths, Carbone's management approved almost continuous plant expansions throughout the '90s continuing to present, making the current plant in St. Marys, PA one of the largest isomolded graphite facilities in the world. In addition, by utilizing the efforts of the R&D and Engineering groups in both St Marys and France, Carbone continued to advance their technologies and asserted itself as a leader in the fine grain graphite industry worldwide.

In 2010, management decided to restructure the entire organization under the new Mersen name. This reorganization was done to bring all companies worldwide under a common focus and unify their worldwide capabilities toward the endeavor of becoming the world leader in all their focus markets.

This in no way changed the commitment of the former companies to the fine grain graphite market but rather provides the opportunity to utilize their strong capabilities in the more than 40 countries and beyond where Mersen has a presence.

Mersen recently commissioned the largest cold isostatic press in the world at their St Marys, PA facility with an inside diameter of more than 86" and capable of 20,000 psi molding pressures. This new press and a planned further expansion of the St. Marys, PA facility will ensure Mersen has the ability to supply the growing graphite market with a variety of sizes and forecasted tonnage.